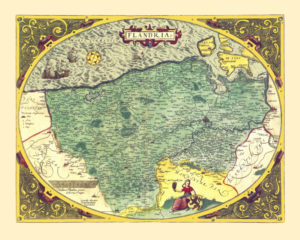 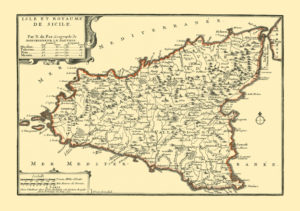 In 1693, Sicily and neighbouring Calabria and Malta experienced one of the most destructive earthquakes ever recorded in the history of Italy. The estimated magnitude was 7.6 degrees. Approximately 60,000 people died and 70 towns were destroyed. The eastern coast of the island was the most severely affected where the aftermath was catastrophic. At that time, Sicily was under the rule of the Spanish Crown; therefore, the Spanish administration initiated a major recovery and rebuilding programme after the quake. The extent of the construction boom in the years that followed was enormous. The latest European trends in urban planning and architecture were brought to the island. New cities were founded as in many cases it was preferred to start from scratch rather than repair the original ruins. A specific “Sicilian Baroque” style was developed, which represented the best practices achieved in baroque style across Europe at that time. Sicilian Baroque was used until the 1730s, by which time most of the destroyed infrastructure was rebuild.

John Julius Norwich’s “Sicily: An Island at the Crossroads of History” also focuses on this crucial times in the island’s history. 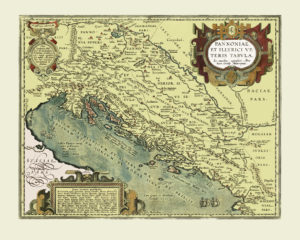 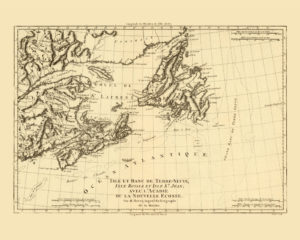 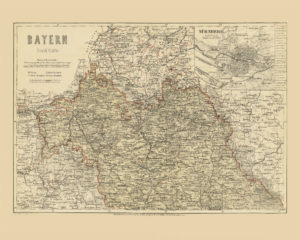 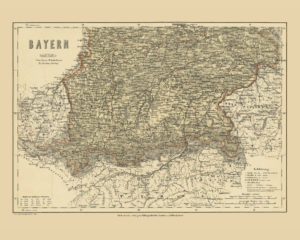 At the time this map was first printed, Bavaria was a kingdom established after the fall of the Holy Roman Empire and remained an independent monarchy until 1866. During its independence, Bavaria quickly became a centre of art and culture. One of the most important figures in Bavarian (and German) cultural life of that era was the composer Richard Wagner. He brought new ideas into the art of opera and is also known for writing both the music and the lyrics for all his work. Wagner adapted stories from German history into his work. The German mythology and the origins of the German nation were themes elaborated on in a series of four operas called the Ring of the Nibelung. Due to the themes he used, Wagner’s work became an instrument of Nazi propaganda in the 1930s. Large parts of Wagner’s work also outline Scandinavian mythology.

The life of this German composer is fully described in the biography: “Richard Wagner: A Life in Music” by Martin Goeck. 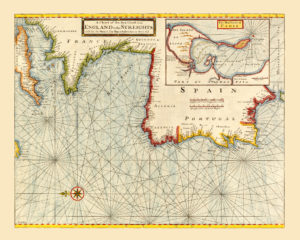 Portolan Map Covering the Atlantic Ocean by the English, French, Spanish and Portugese Coastline, 1698. This map  oriented to the East.

Because of the colonies in Africa, Asia and America, the intensity of transatlantic trade had increased considerably by the end of the 17th century. This made the coastline of England, France, Spain and Portugal very busy due to the maritime traffic. The development of seafaring brought the need for new tools in navigation and safety at sea. That is why many lighthouses were built in this area.

The first recorded instance of an offshore lighthouse was in 1698, which was built on Eddystone Rocks, located about 14 kilometres offshore from the major harbour of Plymouth. The rocks are also marked on this map. There is a moving story of Mr Henry Winstanley connected to this lighthouse. Winstanley was a man with many interests such as mechanics or mathematics. He became a merchant and purchased five ships for such entrepreneurial activities. After two of the ships were wrecked on Eddystone Rocks, Winstanley complained, claiming that ships should be protected from such dangerous rocks, but nothing was done as the reef was considered impossible to mark. As a result, he decided to build a lighthouse himself, which took him two years to finish. He had to face unexpected obstacles during the construction. As this was in the period when England was at war with France, he was taken captive by a French privateer while on the construction site and taken to France. The construction had been destroyed. However, the French King Louis XIV ordered his immediate release, stating: “France is at war with England, not with humanity”. Winstanley returned to the Eddystone reef and finished the construction in 1698. He remained as the lighthouse keeper for the next five years. During the time he ran the lighthouse, no ships were wrecked on Eddystone rock. He died in the lighthouse in 1703 during a particularly strong storm.

For the full story, read “Henry Winstanley and the Eddystone Lighthouse” by Adam Hart-Davis or “Fearless” by Elvira Woodruf.